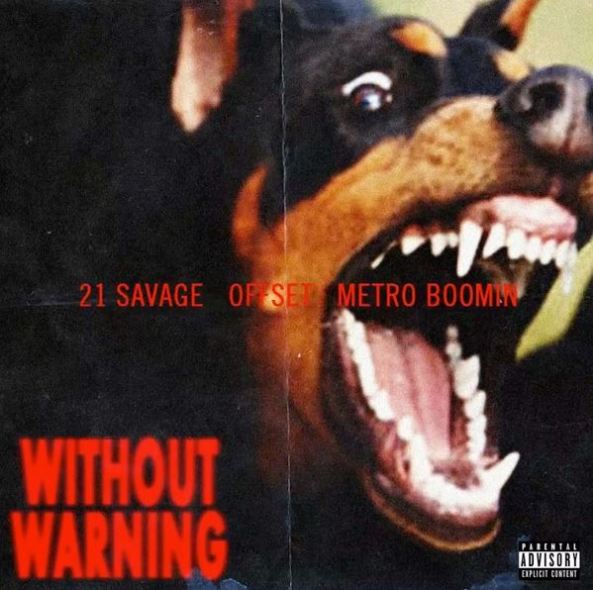 Without warning, no pun intended, Offset, 21 Savage and Metro Boomin have announced that they have a joint project coming out tonight at midnight. I say no pun tended because their project is called “Without Warning.” Now even though it was slated to be out at midnight, the tape is already out due to Apple Music 11pm release. If you didn’t know Apple Music gets releases one hour earlier. With that being said, one of the songs on the tape features fellow Migos member Quavo on the song, “Rap Saved Me.”