Check out the interview below. Questions by me and answers by Tommy Cash. My questions are bolded. Just, if that isn’t clear enough.

Short Bio About Yourself?

I grew up in this small, isolated eastern-european country Estonia. At a younger age, I only listened to what my parents listened to which was Russian pop music (Alla Pugatšova, Filip Kirkorov). I went to art school and became obsessed with painting. This was the time that taught me most about creating. At one point, I found dancing and got lost in that world for 7 years. One day, I woke up and felt that dancing isn’t enough to say what I want to say. Professional rap superstar was born that day. 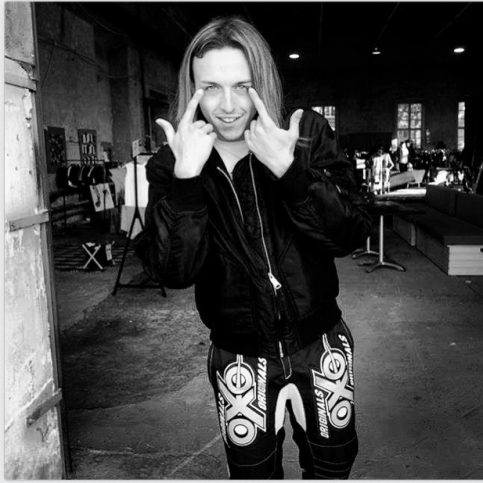 When did you start making music?

What or who made you start making music?

I just wanted to find the most effective way to express myself. It started as a joke, but I fell in love.

How would you describe your sound?

I would describe my sound as some dark exotic fluid that will spread through your veins like a virus… Or as the feeling neo had when he swallowed the red pill. It takes you on some fucked up journey. It has sounds of trance, r’n’b, techno, trap and whatever else anyones ears pick up.

Which artists are you most influenced by?

At the moment i’m quite moved by prodigy and some gabber tracks. Russian orthodox church music sounds cool to me at the moment. Dead rockstars make a great influence. 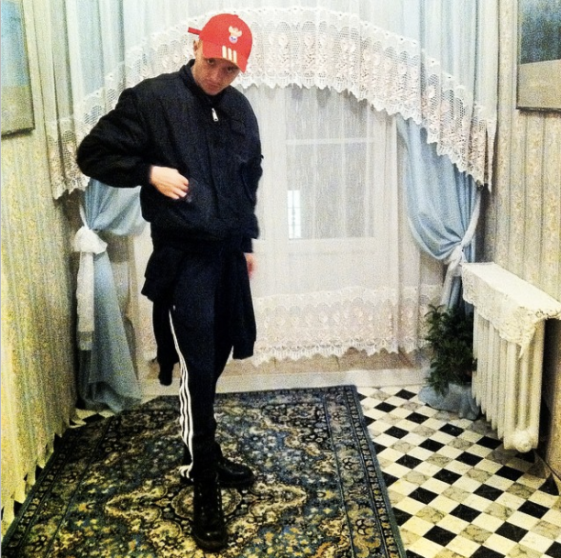 Which artist do you listen to the most?

Right now i’m more into silence. After releasing the album, i’m kinda in a rebooting zone and recollecting my power! (**mandarks laugh**) 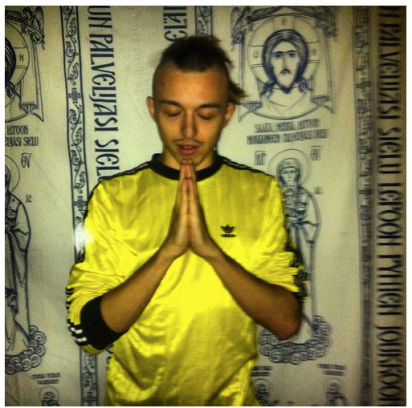 Can you explain the album artwork for your album?

I grew up surrounded by tacky Russian taste, so that explains my love for carpets. Centaurs are mythgological, mystical beings and i feel i possess some of their magic plus i’m really in love with horses. The photoshop is inspired by how pen&pixel did it for the rappers in the nineties.

Besides yourself, who else helps you make music/produce?

So far all my music has been produced by various producers from Russia, Japan, Sweden, U.S. etc.

How would you describe yourself?

I am a beautiful boy with a charisma like a seven year old featuring a pencil moustache like Dali. Goofy, trashy, iĺl be keepin it unreal.

Do you hate when people compare you to other artists like Yung Lean?

I think that all artists are individuals. But comparing is what people do nowdays they cant live or sleep without it. I never hate, i leave it to the haters : )

What is your plan on ending 2014 music wise?

Some new videos are in the works!

How do you see yourself growing as an artist in 2015?

Check out Tommy Cash Below