From 2001 to 2011, we grew up with Harry, Ron and Hermione. From children to young adults to adults with kids of their own. This film series was a masterpiece, iconic levels all around and I can think of so many memorable spells in my head right now. This is my list and of course many people will have different list, so please comment below if you have a different ranking.

Harry Potter and the Order of the Phoenix

Compared to the other films, this wasn’t outstanding.This film was used to built towards the next films after, so it wasn’t that exciting as the others were. You find out about the prophecy where Voldemort or Harry must die where it is stated that neither can live while they other one does or something along the lines of that. Sirius dies in this film and the ministry of magic finally stops being ignorant and realizes Voldemort is back, not like Harry wasn’t saying that the entire movie.

They killed one horcruxe the entire movie. As Ron would say ; bloody hell. This movie felt extremely long and not much was even going on for long parts of the movie. In the movie, Ron receives a deluminator, Hermione received the book ‘ The Tale of Beedle the Bard and Harry got from Dumbledore’s his first golden snitch he caught in his first Quidditch game. All three of these items would help the trio in the movie in both parts of the final film. The highlight of this movie was Voldemort finding and taking the Elders wand because that cliff-hanger would bring us into the final movie. The low moment of this movie was Dobby’s death. Such a damn shame.

Harry Potter and the Goblet of Fire

“This castle will not only be your home this year but home to some very special guests as well. You see, Hogwarts has been chosen to host a legendary event: The Tri Wizard Tournament. The Tournament brings together three schools for a series of magical contests. From each school a single student is selected to compete. Now let me be clear. If chosen, you stand alone. And trust me when I say, these contest are not for the faint-hearted,” Said Dumbledore.

This movie was loads of fun to watch. The Tri Wizard Tournament had three parts to it ; the first one was Harry having to grab an egg from a dragon who was guarding it. That egg led him to the next challenge where he had to save Ron under water; however, he ended up saving Ron and Fleur Delacour’s younger sister making him place second. The final task would lead Harry to Voldemort which was Barty Crouch Jr plan the entire time helping Harry in each challenge by being an imposter of Professor Moody by using the polyjuice potion. This movie was intense, amazing and Voldemort returned.

Harry Potter and the Half-Blood Prince.

The ending scene in this movie can only be described by one word ; Iconic. Snape leads harry into believing he will help out Dumbledore while he is being attacked by Death Eaters and Draco. Snape comes out of the shadows and all Harry can do is watch Snape kill him not knowing that is exactly what Dumbledore wanted to happen and he finds that out too late in the final movie. This movie centred around Draco being given the task of killing Dumbledore, Harry reading the book by the Half-Blood Prince who turned out to be Snape himself and Voldemort getting his wish of Dumbledore dying as Harry was protected with him alive and now he was vulnerable.

Harry Potter and the Prisoner of Azkaban

Harry is led to believe Sirius Black has escaped Azkaban to kill him. That isn’t the case at all. He escaped because he found out that Wormtail was still alive whose real name is Peter Pettigrew. Pettigrew framed Sirius for muders and for the betrayal of Lily and James Potter which led to them eventually being killed by Voldemort. Harry finds out truth about Sirius and realizes he does have real family and the movie ends on a good note. Wormtail escaping would set the table for Voldemort being able to return to human form though.

Harry Potter and the Chamber of Secrets

Tom Marvolo Riddle’s name becoming I Am Lord Voldemort was pure genius. The diary was an amazing idea showing the past and Voldemort making it look like Hagrid opened the Chamber of Secrets. “ Spiders, it had to be spiders,” Ron said. That entire scene of Harry and Ron going into the forbidding forest was hilarious and crazy intense with the spider chase. It couldn’t have just been butterflies? Nope, had to be spiders Ron. This would be the first horcrux harry destroyed but he would only learn of that fact in the Half-Blood prince. This movie was an amazing sequel where usually sequels always fail to keep the momentum going in a series, this movie kept the momentum of the series going and multiplied it by a thousand.

Scenes like this set the standard for great cinema ^

The movie that brought us into the wizarding world of Harry Potter. The movie that started the series that defined an era. This movie would be number one but number one was the entire series into one movie and was everything you wanted and more. Harry and Ron meet inside the train and the friendship is born. Hermione joins them but they aren’t all truly friends until Ron and Harry save her from the troll in the washroom. That was when the trio was born. Harry learns he is a wizard and finds out the true fate of how is parents died by Voldemort or he who shall not be named. This movie was amazing and a huge part of my childhood and a great doorway into a world that didn’t exist before.

It all ends. The thrilling series ended with what I describe as a perfect movie. Had reserved seating for this one and that was well worth it.

Voldemort blows up the safety net for the school and the battle begins. Many people die and all hell breaks lose. Voldemort realizes that he needs to find Snape and kill him because he thinks he is the real owner of the Elder Wand by killing Dumbledore but it was Draco who unarmed Dumbledore than Harry unarmed him and become the real master of the Elder Wand.

^ Voldemort kills Snape as Harry watches. Snape asks Harry to take his tears, so he can finally see the real Snape.

Harry finally sees that Snape has not been his enemy this entire series and that he was protecting him ever since the first movie. Snape was his hidden guardian the entire time and it really shows that Snape not Harry was really the entire series if you think about it. Harry now knows that he needs to die by Voldemort.

Voldemort is tricked into thinking he just killed Harry and Harry survived because the golden snitch opened up the final Deathly Hallow opened up ; the resurrection stone. Voldemort was tricked into thinking Harry died by Draco’s mom because Draco’s mom asked Harry if Draco was still alive and he nodded yes. She then said that Harry was dead. Voldemort also just killed the 2nd last horcrux by killing Harry and the wand is still breaking. Voldemort returns back into Hogwarts thinking he has finally won; however, Harry jumps up and surprises him. Draco’s mom reunites with Draco and they escape. Neville kills the final horcrux who was Nagini the snake and the battle we have all been waiting for finally occurs ; Voldemort vs Harry Potter.

Voldermort with a wand that he wasn’t the master of, finally human because all the horcruxes are destroyed finally dies in the battle against Harry. This movie was amazing for so many different reasons but I wanted to quickly sum it up to show you why it was amazing again. So that’s my rankings, what are yours? 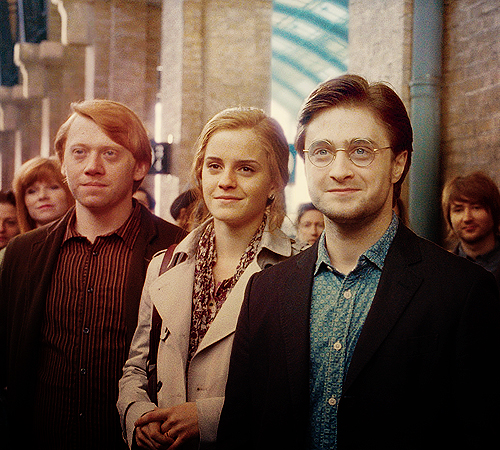