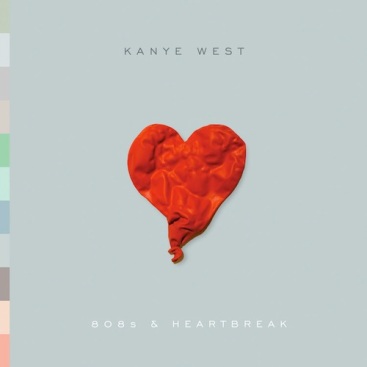 This will be about Kanye’s music and not about his personal life or ego or anything like that. 808s and heartbreak was met with mixed emotions because it was full of West singing and full of auto-tune completely different from his previous album Graduation. I think Kanye West is the most influential artist of our generation in terms of art because he really changed it all around and him beating 50 Cent in sales when ‘Graduation’ went up against ‘Curtis’ in 2007 can be seen as the moment that showed the world gangster rap was over. Kanye West gave people music that was more relatable and honest and for future rappers it showed you didn’t have to have gang relations or look tough to sell music. Many of his albums can be considered influential in many different ways but this is about why 808s was influential.

It was an emotional album because Kanye West was heartbroken from his mothers untimely passing. Everybody knows that Kanye West is already an emotional person and has his heart on his sleeve and he shows it. This album was about love, about being lonely, very introspective and about heartbreak. For a rapper this was something new that someone was showing emotion and not acting tough or gangster.

#2 Opening the door for new artists

Drake stated that Kanye West is the most influential person in his music. Many of the songs have themes that resonate with the themes in this album. Drake isn’t a tough person even though he might try and make himself show that he is. He is a kid from Toronto and he is able to rap about life and love and emotions because Kanye West opened the door for him to do so. Kid Cudi and Childish Gambino are two other people that clearly were helped by Kanye West. Kid Cudi is obvious because he was under Kanye West wing but Childish Gambino real name Donald Glover is a normal in a sense he went to college and rapped without acting tough and his songs resonate well with the themes in 808s.

It was an experimental album and changed the way people produced and made songs. “The album impacted hip hop stylistically and laid the groundwork for a new wave of hip hop artists who generally eschewed typical rap braggadocio for intimate subject matter and introspection.” Many songs sound now sound like it could have been on this album from other artist; So Far Gone has comparison to 808s and Childish Gambino’s heartbeat has the 808s feel to it to.