There are many artist that are out their that aren’t being noticed or listened to by the general public but still by a lot of people but it’s a shame that the big masses aren’t listening to them just yet. Most of these artist are unique in their own way and deserve to be listened to and noticed in a bigger light because the talent is there. Here are five artist you should give a chance too.

Stand out tracks from Priscillia : Alone, Love and Pain, Fire

Stand out tracks from Pllajë : Fool, Walk Away

JMSN is one of those people that just got that raw talent. His voice is out of this world and reminds me of The Weeknd. JMSN did come out before The Weeknd but didn’t craft his new sound until after. His music videos are unique and at the same time peculiar but all that matters is the voice. His stand out track is Alone from his Priscillia and Love and Pain. From Pllajë his stand out tracks are Fool and Walk Away.

This is where you are going to need to have an open mind. He has a track with Spooky Black and Yung Lean, so an open mind is needed on this one but trust me it’s worth it. Bones is a rapper but mostly a creative individual.

He has many more albums then i suggested but i think it would be easier if I just talked about these three. The stand out tracks on ‘ Cracker’ is WhereTheSideWalkEnds, SapphireSarcophagus, BringMeToLife, Shampoo is a fan favourite, Moshpits and AutumnLeaves. This tape has a depressing feel to it but it’s nice and powerful. It makes you reflect and Moshpits gets you all sorts of hyped up.

My personal favourite album of his is ‘DeadBoy’ the stand out tracks are Calcium, TheGreatSnowFallOf82 and Lightning. This album is more upbeat and fresh and watching all of music videos is a must to understand his creative side.

‘Garbage’ is his newest album and shows that Bones is finally growing into the sound he has built for himself. Stand out tracks, TheReturnOfThePimp, MyFavoriteColorIsRain, HeartagramAdios. Yes, Bones does put his tracks as such with it all connecting.

Bones Is a hit or a miss, you might think he isn’t serious because his songs are short but you will get used to that. If you do find that you like him, enjoy yourself because he has music for days. Bones is on the left.

Album : If You Wait

Stand out tracks :  Strong and Wasting My Young Years.

I’m a huge fan of vocals, if you can sing or just have that voice I already know there is something special going on. Hannah Reid has that special voice and this group is amazing. I’m a huge fan of British music so expect more blog posts highlighting about British music and acts because that place has many talented people. Stand out tracks are Strong and Wasting My Young Years. 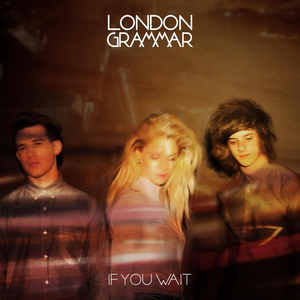 Stand out tracks : Tumblr Girls, Far Alone, Been On and I Mean It (ft Remo).

Finally starting to gain ground from his debut album ‘ These Things Happen ‘ G-Eazy is a rapper from Oakland, California. He has many mixtapes and in 2011 he got buzz from his song off of his Endless Summer tape ‘ Runaround Sue’. His ‘ Must Be Nice’ tape gave him such needed buzz and he started touring in support of the tape and toured afterwords with Lil Wayne. Finally his debut album was coming out and he was touring in support of that. G-Eazy looks like a well dressed guy and normal but don’t let that take anything away from the clear talent he has with it. Stand out tracks, Tumblr Girls, Far Alone, Been On and I Mean It ft Remo.

Young Sinatra : Undeniable – Stand out tracks : Do Ya Like, Dear God, All Sinatra Everything and Numbers.

The next one or as I like to call him the one who will show the world the next great debut album. Logic has had a tough time growing up in Maryland. He broke out with his first tape Young, Broke and Famous but started getting the right attention with his Young Sinatra mixtapes. His true talent lies with his story telling and amazing flow and style. He can remind you of J Cole and Nas, two amazing rappers in their own right especially Nas. Stand out tracks from Young Sinatra : Undeniable ; Do Ya Like, Dear God, All Sinatra Everything and Numbers but honestly the whole tape is amazing. Stand out tracks from Young Sinatra : Welcome To Forever ; Roll Call, Feel Good, Man Of The Year and Common Logic/ Midnight Marauder.